“KARAN & AKANKSHA- THIS COUPLE SEALED THE DEAL IN MEXICO IN 2020!! DREAMY DESTINATION WEDDING!”

Jab They Met: The stars aligned when Karan met AK at the Suhaag Wedding Show ( Toronto, Canada )  in 2018.  Without even understanding what was about to happen, AK tagged Karan in the mix he had given her and they began to follow each other on Instagram (thank you social media!). After 5 weeks of texting back and forth, Karan finally asked AK to go shopping as he needed help for his upcoming trip.

Fun Fact: AK got lost in the mall. A random guy came up to her and she asked if it was Karan, he replied and said: “no but I can be”. When he finally found her, they shopped the day away. Karan flew off for his trip, in which they spoke a month later. He finally asked her out for their first official date at Jack Astor’s. They talked for 8 hours. Karan even met her brother-in-law. On May 12th, Karan met AK’s friends. This was a special day – they had their first kiss and sparks began to fly. On their next date, Karan met AK’s family as they began to plan her sister’s wedding. As the planning went on, their relationship naturally progressed. From this point on, Karan knew AK was the one. Every morning when he woke up to messages from her, he could tell how much she genuinely cared – this was the key to his heart. They became an official couple.

A month into dating, the Rokha happened. Shortly after, they went to Mexico and discovered they wanted to do a destination wedding. Karan attempted multiple times to set up the perfect proposal for AK. The official proposal was in an airport hangar, where he blew her away. 2 years later, their love for each other was bigger than ever. They sealed the deal and became husband and wife…lived happily ever after. Below, get a glimpse of their fun, modern and dreamy destination wedding in Mexico.

This adorable couple chose to bring the magnificent charm of beach and serenity of the background in place and this definitely makes into our list of best mandap designs ever ♥️ They made us believe that nothing is sweeter than exchanging garlands with your loved one in the laps of mother nature. Our warmest wishes to this beautiful couple! 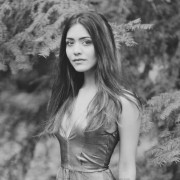 TRENDY IDEAS FOR SANGEET OUTFITS OTHER THAN LEHENGAS!! BE THE “HATKE BRIDE”!!

HOW TO PREPARE FOR A DOCTOR’S APPOINTMENT

5 TIPS TO IDENTIFY YOUR CAREER INTEREST

7 WAYS TO HAVE MORE ENERGY IN THE MORNING